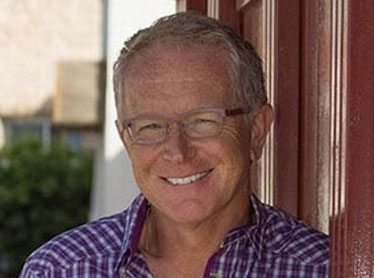 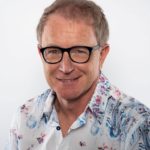 Mark Curry is a well known television presenter, broadcaster and actor, who has been seen and heard in a wide variety of shows on TV, radio and stage since 1969.

Mark gives excellent talks ‘pre-Wimbledon’ to get everyone in the mood for the annual 2 week tennis tournament, and he is particularly knowledgeable on the women’s game and its history.

“You’ve Come a Long Way Baby” – this talk recounts the  ups and downs, of women’s tennis, goes behind the scenes in women’s pro-tennis and tells of the birth of the WTA (Women’s Tennis Association).

“Women of Wimbledon” – this talk focuses on the talents of women players at Wimbledon, when Mark discusses the history of the women’s game and world champions with fascinating stories about our favour tennis heroines.

Mark is a popular speaker and is often asked back again to talk about his career in television and on the stage.

Mark began his career in Yorkshire TV’s “Junior Showtime” and he was cast as The Producer in Alan Parker’s classic film “Bugsy Malone”. He presented many television programmes including “Blue Peter” (where he stayed for 4 years) and co-presented “Record Breakers”.

His love of food led him to present “Taste Today” for the Carlton Food Network and Taste TV, hosting both the daily live shows, and reporting worldwide. He presented the furniture makeover programme “Change That” for BBC 1 and he even had a spell hosting the ITV games show “Catchphrase” as well as many more programmes.

He has performed in many theatres in the UK. His stage work includes comedy, drama, musicals and pantomime and includes West end roles in “Wicked” where he played The Wizard, & “Woman In Black” and national tours of “Billy Liar”, “Charlie’s Aunt”, “Noises Off & “Far From The Madding Crowd” to name just a few.

To say that Mark is a keen tennis fan is an understatement. He has used his love and knowledge of tennis to become a member of the Radio 5 Wimbledon commentary team and to be the Master of Ceremonies at professional tournaments, (including the annual Aegon Classic tennis tournament prior to Wimbledon) introducing and interviewing star players past and present. He loves both playing and commentating, and he is a qualified tennis coach.

He cares passionately about the game and finding the British players of the future. He grew up in a mining village in West Yorkshire where tennis was a foreign word, but had someone been around to notice him obsessively smacking an old ball against a wall until sundown, the game could have been his life. 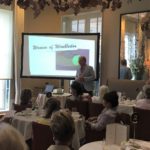 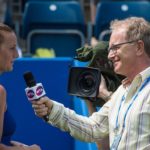 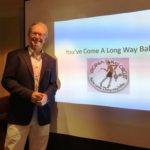