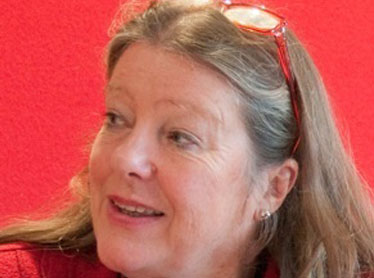 In her role at the Theatre Royal Bath, Jane has spent many years researching and interviewing a great number of well known actors, including Sir Alec Guinness, Nigel Hawthorne, Timothy West, Prunella Scales, Adam Faith and many more.

She has also set up and hosted a number of literary book launches with personalities as diverse as Kenneth Baker, Lord Snowdon, Lynda Le Plante and Nicholas Owen. She has interviewed ex Prime Ministers such as Sir Edward Heath and Sir John Major, and members of the Aristocracy such as Earl Spencer and the Duchess of Devonshire.

And last but not least for the past ten years she has been a theatrical landlady accommodating many actors in her Georgian house in Bath, including Dame Hilda Bracket and Danny La Rue.

All of these experiences are revealed in a light-hearted talk she calls ‘It’s not in the Script’. She talks about life behind the scenes in the fascinating world of the theatre and tells humorous stories associated with her role as a Special Events Organiser at the Theatre Royal in Bath.

She lectures regularly to Art societies and the National Trust and she has given talks for organisations such as the Cheltenham Festival and NADFAS groups.