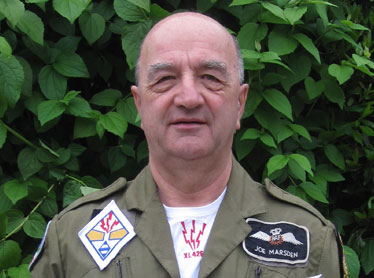 Flying higher than airliners at nearly the speed of sound, manoeuvring at 5 times the force of gravity, and under radar at heights lower than a church tower!

He burned 1,000 gallons of fuel per hour in iconic Vulcan bombers and flew through nuclear fall-out. He was shot at by the Army, RAF and Royal Navy and lived to tell the tale.

Now you can enjoy hearing the exhilarating exploits of Squadron Leader Joe Marsden. 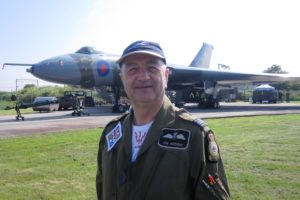 He has a wealth of facts and anecdotes of his 29 years in the Royal Air Force during the Cold War period. He was trained in reconnaissance and to deliver a nuclear bomb. He flew with many squadrons including the well-known 617 Dambusters.

He’s been a Canberra pilot; an Engagement Controller with Bloodhound Surface to Air Missiles and a Fighter Intercept Controller with three tours on the Falklands. Joe has worked on Airborne Early Warning and Control aircraft (AWACS) and for NATO in Brussels. Now retired, he and his wife Pam own a complete Canberra bomber cockpit!

Intrusions by the Soviets continue into UK airspace to this day. Joe’s fascinating reflections on this topic can be tailored for womens’ and mens’ lunches and dinners with opportunities to ask questions.   He brings his own observations with his personal, and often humorous, tales of the Cold War and the challenges he faced. 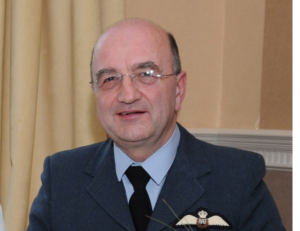 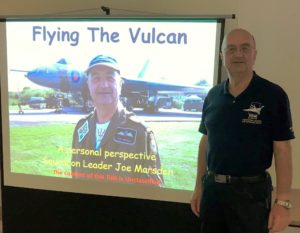